Breathes fire and flies swiftly and smoothly around obstacles

Mr. Cuddles is one of the various vehicles in Jetpack Joyride. He is a large robotic dragon, with green plates, a tan jaw, and red protrusions jutting from each segment of his back.

Mr. Cuddles moves upwards in a slower waving pattern and pressing the screen makes him move downward. This also makes him breathe fire, which could burn scientists. Barry rides him between the two horns atop Cuddles' head.

When Flash is equipped, he jumps and rides on the nose of Mr. Cuddles. 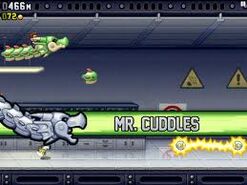 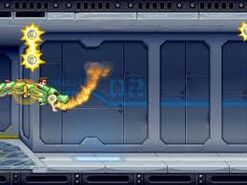 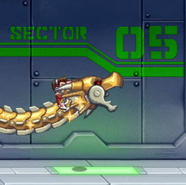 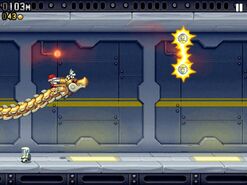 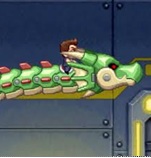 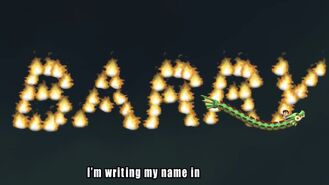 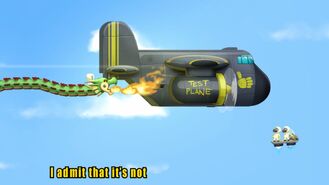 Mr. Cuddles attempted to weld the broken Test Plane with two Scientists hovering on a floating vehicle nearby from the Music Video
Add a photo to this gallery
Retrieved from "https://jetpackjoyride.fandom.com/wiki/Mr._Cuddles?oldid=16251"
Community content is available under CC-BY-SA unless otherwise noted.